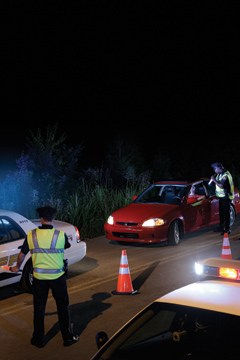 If you are arrested in Las Vegas for a DUI, you will likely be angry, scared and confused.  And, to state the obvious, it’s a very unpleasant experience to be subjected to the field sobriety tests, arrest, booking at the police station, having your fingerprints taken, getting your mug shot taken, and being placed in the drunk tank. This is likely one of the worst days in your life. These feelings are quite common, and it’s a very reasonable reaction to your arrested. Nevertheless, you must remember that all is not lost, as the state of Nevada must prove beyond a reasonable doubt that you were guilty of drunk driving.

What should you do next?

First, you need to immediately consult a lawyer who’ll without hesitation, investigate the facts of your case and aggressively represent you or your family member.  Definitely, time is of the essence as there are numerous time-sensitive issues associated with your DUI arrest. For example, if you ignore the DMV hearing your driver’s license will be suspended. Above all, DUI is a serious offense that can result in severe penalties. Here, are a few penalties that can happen if you are arrested for a DUI:

And unless mistakes were made when you were arrested, you can’t plea bargain a DUI.  So, as your lawyer, I’ll tenaciously investigate the facts of your arrest and attempt to pinpoint any errors that may have happened. For instance, some common police errors are:

So, if you have been arrested for a DUI in Las Vegas or Clark County call now for your free consultation.